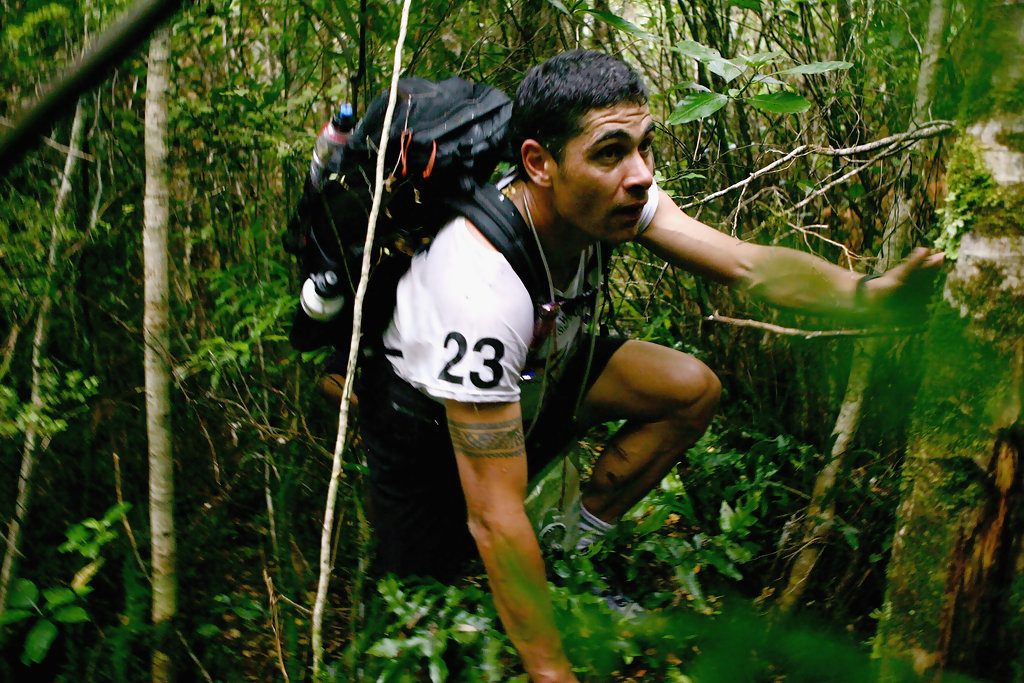 Nathan attributes a lot of his adventure racing skills to his career as an outdoor instructor. He recently finished a 3 year contract at the ‘Outward Bound’ school.He adds “I spent about 5 days a week standing in the rain with wet feet and a 25kg pack on my back”. He now works at the Nelson Institute of Technology teaching navigation and mountain safety.
Growing up in New Zealand Nathan had a very active childhood but he attributes most of his sporting talents to his Pacific Island heritage. Being half Samoan has meant he is no stranger to the basic and often hard lifestyle of youporn the outdoors offers. “adventure racing is not all that different to a normal day in the islands, big days out adventuring are part of daily life” he says.
Nathan entered the endurance sport scene as an 17 year old, running marathons and competing in multisport events. In his first outing in the Coast to Coast, he was nicknamed the ‘whiz kid’ after doing the fastest mountain run and leading the 2- day race after the first day.
He was then attracted to the speed and excitement of mountain biking. Nathan went on to win 2 national titles and was a member of the NZ Pro/Elite XC team for 5 years. He then returned to racing multisport with two podium placings in the Coast to Coast.
2nd Eco-Challenge New Zealand
2nd World Adventure Racing Champs Switzerland
6th Raid the North Canada
World record, bicycle ascent of worlds longest xxx uphill .8:45hr, 91km, 4500m altitude gain.

1. You’ve been a Outdoor Instructor and runner for a number of years, what brought you to adventure racing?
I have always had a strong spriit for adventure and exploration. As a kid I was always into journeys, I always needed to know what was around the corner. This got me into hiking and exploring mountains and rivers. This meant I built up endurance and skills perfect for AR.

2. As a climbing guide how many times have you said, “this guy’s trying to kill me!”?
I’m not actually a Climbing Guide. I teach rock climbing as part of my job. The only time I said that was when I was fighting this bully on the school bus who told me to get the F#%K out of his seat. I accidentally told him to F#%K off.

3. Did you know what you were doing in your first adventure race?
I knew what was doing but I couldn’t see how it was possible, I had to finish the race to prove it. It was the 1999 Southern Traverse, my team won.

4. What is the number one skill you work on during periods off?
Definately dieting and weight control. When I’m training I eat like a starving Hippotomus. When I have time off I eat at the same intensity and focus and puff up like a dead cow. I get Fat fast.

5. When did you first learn that the Australians are, for lack of a better term, different?
When I was 16 I had an Australian girlfriend. I was trying to pluck up the courage and scheme to have a bit of a pash(long wet teenage kiss). When the time came I was building up the courage to give it a go when she asked “fancy a shag?”.

6. Do you prefer the sprints or the long races?
Longer the better really, I like the expedition feeling. I’ve never been into doing a 40km TT in my undies.

7. Who has the loudest snore you have ever heard during a race?
In the 2001 World Champs our team was sheltering in a barn, someone was shaking the snow off the roof.

8. What on earth possed you to try (and accomplish) the World record bicycle ascent.
I read the Guiness Book of records and found 3 that i could do.It came down to:

a. how many golf balls I could fit in my mouth while skateboarding along the bottom of a swimming pool.

b. how many marshmellows I could eat in 1 minute while juggling a chainsaw, a cabbage and an octopus.

c. riding a MTB up the worlds longest road in under 12 hours.

9. What is the first quality you look for in teammates?
Race to the death attitude while being 100% relaxed and cool.

10. How do you handle conflict during a race?
Mass punch up, no holds barred. We allow spitting, biting, eye gouging etc. The only move not allowed is the Chinese Burn. We save that for our competitors.

Theme by Anders Noren — Up ↑